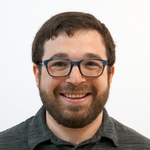 I am currently attending the Recurse Center with an eye towards moving to industry software and data roles. I am working on a client for the Mercurial distributed version control system in the Rust programming language. I am doing this to learn advanced Rust concepts, how to scale Rust projects bigger than a single-line script, and also hopefully to write code that will be useful for the Mercurial project’s oxidation plans.

Before moving to Brooklyn for the summer I was a research scientist at the University of Illinois’ National Center for Supercomputing Applications in the Data Exploration Lab.

I have extensive experience in open source software as a former maintainer of The yt Project, a Python toolkit for working with 3D simulation data. I am a member of the yt steering committee and helped bring yt under the umbrella of NumFOCUS.

I am the current primary maintainer of unyt, a library for handling data with physical units in Python. The unyt library was originally created by me during PhD and released as yt.units. Starting last year I refactored yt.units into an independent library with extensive example-driven documentation and 100% test coverage. I also published a paper in the Journal of Open Source Software describing the library, its origins, and comparing performance and software engineering decisions with competing Python libraries.

In the past I worked on improving scaling and performance when working with gigabyte and terabyte-scale particle datasets in yt and shared my experience with the community in a SciPy conference talk in 2017. I am also the original author of the PlotWindow plotting interface that makes opinionated styling decisions to make it possible to quickly generate publication-quality visualizations of simulation data using an API based on what the data physically represent rather than how the data are laid out on-disk. I described the philosophy behind PlotWindow as a domain-specific visualization tool in a 2016 talk at the PlotCon conference.

During my PhD I ran simulations of Milky-Way like disk galaxies to understand how global properties of disk galaxies influence the formation of stellar nurseries and how the energy deposited by newborn massive stars feeds back to global disk scales, creating a steady-state system much like our galaxy has experienced for billions of years. The data and analysis software and raw simulation data used in my thesis are publicly available. I described the process of publicly releasing a large tranche of data in a talk at the Python in Astronomy conference. I also talked about exporting simulation data into a Minecraft server.